The region of Ladakh stretches along the northern border of India, covering the snow-capped peaks of the Himalaya Mountains. Boasting magnificent mountain panoramas as well as clear cobalt lakes, it is an area of stark natural beauty. Situated in the far north of the sub-continent, over 3,500 metres (11,500 feet) up on the high plateau. Known as ‘Little Tibet’ or the Roof of the World, Ladakh has its own fascinating culture and identity. Heavily influence by Tibetan Buddhism, picturesque monasteries and whitewashed stupas, or monuments, dramatically cling rocky outcrops or balance over steep precipices. Colourful prayer flags flutter in the wind, while prayer wheels decorate important landmarks and intersections. This dramatic and seemingly barren mountain landscape is home to a number of endangered species, the best known of which is the shy and elusive snow leopard. Traditional festivals take place at a number of Ladakh’s bigger cities and monasteries, featuring colourful local costumes, as well as distinctive music and chanting. Ladakh Himalayas is one of the most picturesque places on earth.

We create a tailormade tour of your own, visiting all or a selection of the lodges, with a driver provided for the duration of your stay.
•The experiences in Ladahk include a range of cultural, active and spiritual experiences. When we arrange a car, driver and guide through Bespoke Travel Design, complimentary activities include visits to ancient fortress monasteries, remote villages, museums, hikes, mountain-biking and yoga.
• Experiences such as blessings, meditation and white-water rafting can be arranged on a chargeable basis. All itineraries are tailor-made to your interests.
• Due to the remoteness of the lodges, most of the lodges operate on an all-inclusive board basis, which includes: all meals taken in the lodges and picnics for road journeys and hikes, house beverages including select wines and spirits and laundry service.
• For stays of 7 or more continuous nights, benefits can include the following free amenities: complimentary private ground-handling with car, guide and driver for all day to day sightseeing; inter-lodge and airport transfers by road; complimentary 60 minute massage, per person, over the course of the journey. Get in touch for more details.

A land of varying landscapes, from white deserts to blue lakes, snow-capped mountains to lush valleys, Ladakh, like a dream captured in a snow globe, is a wildly beautiful milieu set between the Kunlun Mountains and the Himalayas. Stay at Chamba Camp, Thiksey, surrounded by a stark landscape of ever-changing colours, as the chanting of prayers echo in the silence amid the mountains…There is a Buddhist word which best describes such an utopia, “Shangri La”, an Earthly Paradise – an oasis of peace and tranquility; this word best describes the camp and its many bespoke services. The blessed and serene hamlet of Thiksey lies at an altitude of 3, 500 mtrs (11, 550ft) a.s.l. Located in the shadows of the famed and iconic Thiksey Monastery , this used to be a brown , barren and rocky moraine now converted into a Green Zone with 03 water bodies and also an organic garden .58 people from the local Thiksey village community have also been directly absorbed into various job capacities within the campsite. They have assimilated their traditional, local knowledge to make our Campsite organic and sustainable. We work closely to imbibe all the pre-requisites of Responsible and Green Tourism, in and around the vicinity of our Chamba Camp, Thiksey. Visit the hotel website. 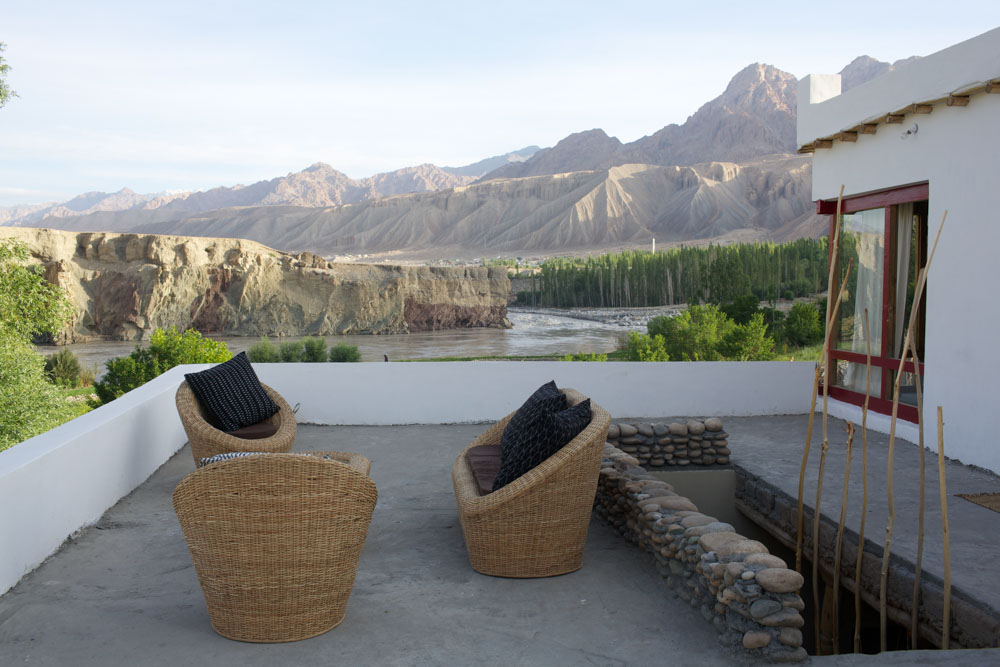 Village walks are at the heart of any Shakti Experience, enabling you to enjoy the villages and rural life in remote mountain regions. Accompanied by local porters and guides, you step out of the modern world, walking between villages that are remote, and staying in traditional village houses, which Shakti has spruced up to provide comfort without compromising their authenticity.  We will arrange visits to local schools, monasteries and markets to enable you to get a full understanding of the culture of each region, its people, religion and customs. Providing authentic experiences of local life, our bespoke Ladakh journeys are the perfect antidote to the frenetic world that most of us live in. For the more active walker we customize trekking and camping in remote but beautiful locations. These treks require a reasonable level of fitness and are in remote areas of alitudes of 11999 – 14000 ft. Shakti uses dome tents with all the usual Shakti service and style. View hotel website.

A little known region known as Kumaon Himalayas lies in the northern hill state of Uttarakham, promising some of the most stunning mountain scenery in the world from the perennially snow-capped peaks of the Great Himalaya range in the north., to the pretty hill stations at its foothills. Lucky to have escaped the influx of backpackers common in other hill areas, in Kumaon Shakti has been able to pioneer the concept of village walks in an unspoiled offbeat part of India. In this captivating region of the Indian Himalayas, Kumaon boasts its stunning scenery, and is proud to be able to organize Kumaon tours and trekking holidays for those lucky few that choose to come along and experience true freedom. Visit the hotel website. 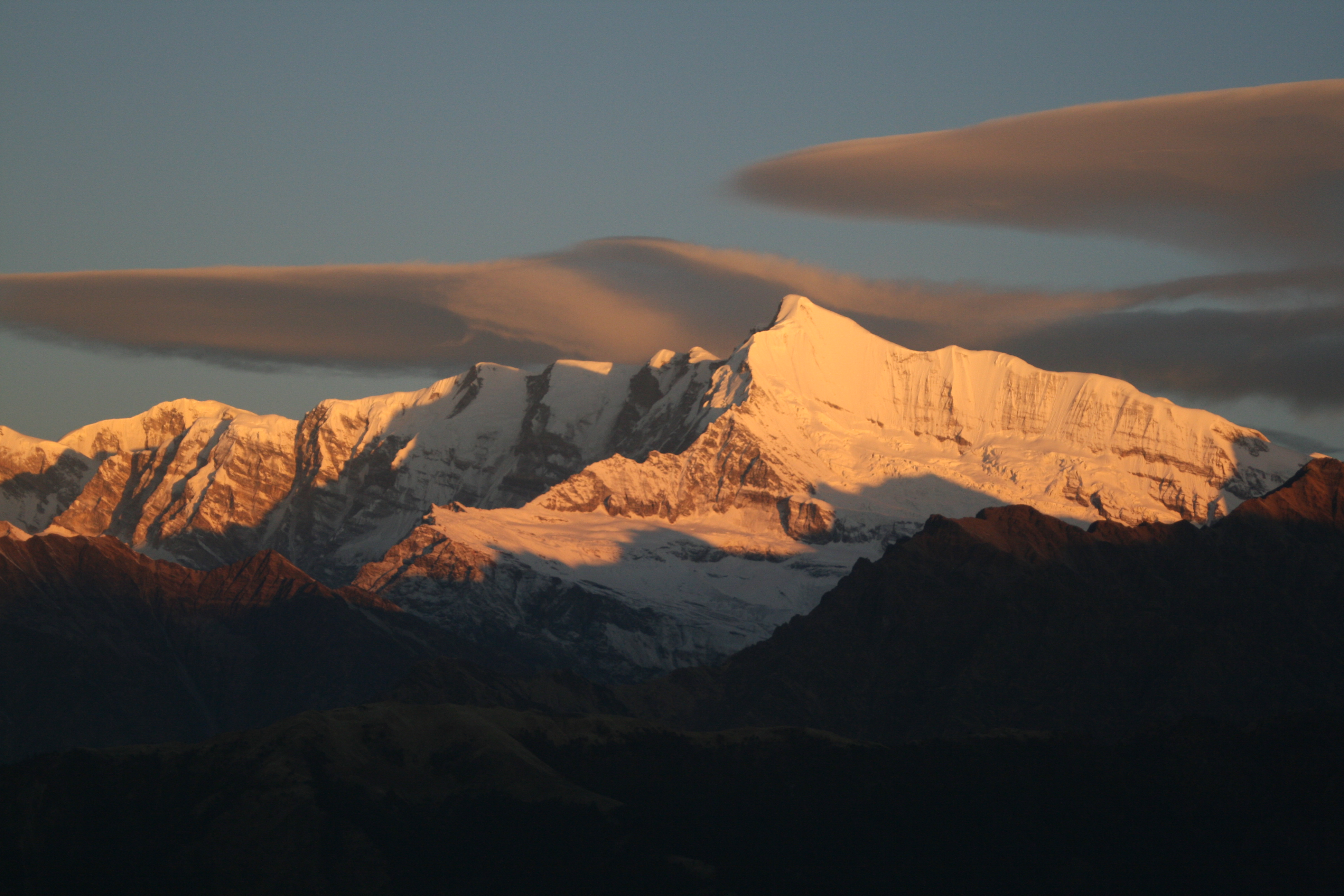 Shakti Sikkim holidays take you on a journey to the incredible landscape of the North East region.  The Shakti Sikkim Village Experience is unique journey, off the beaten path, allowing insight into the rural Village life of Sikkim. Their village houses are built in the traditional way, maintaining the authenticity but the interior’s have been spruced up to provide deep comfort. Activities include Sikkim trekking tours in the local villages through the day with picnic lunches in beautiful locations organized by Shakti for you.  The itineraries are completely flexible and tailor made to suite each guest individually. Providing authentic experiences of local life, the Sikkim trekking journeys are the  perfect antidote to the frenetic world that most of us live in. View hotel website. 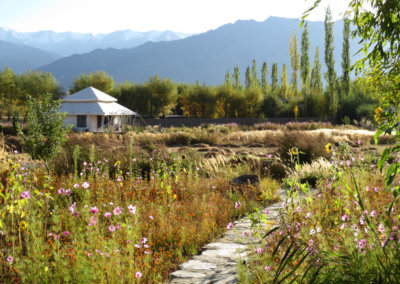 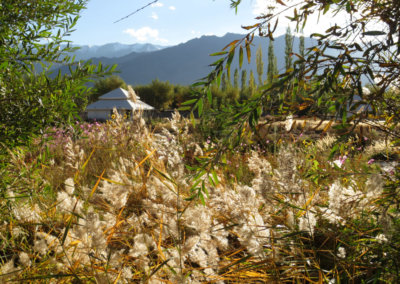 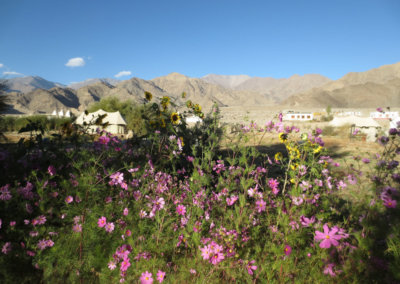 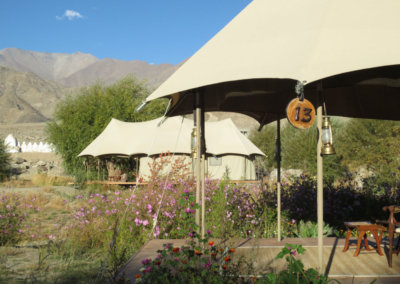 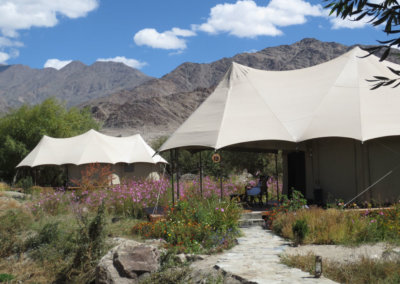 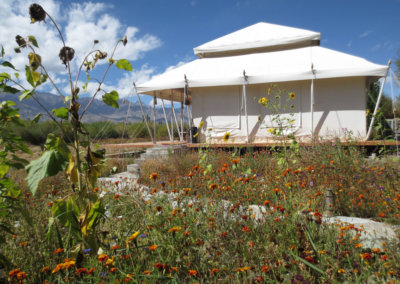 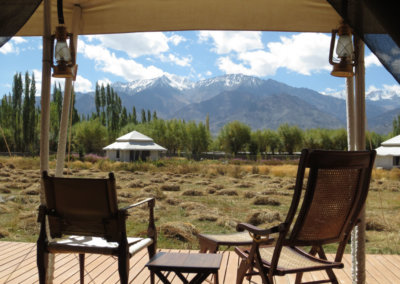 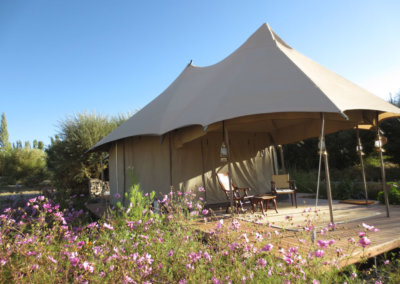 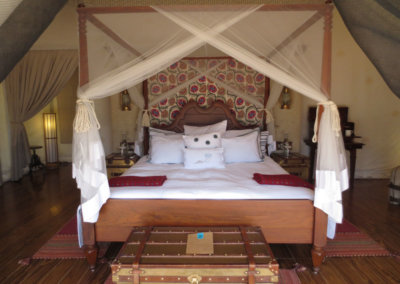 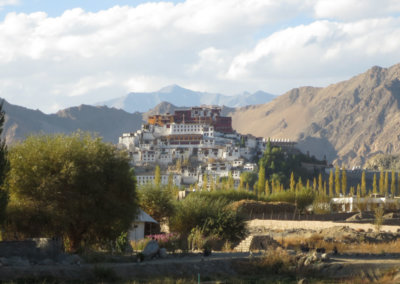 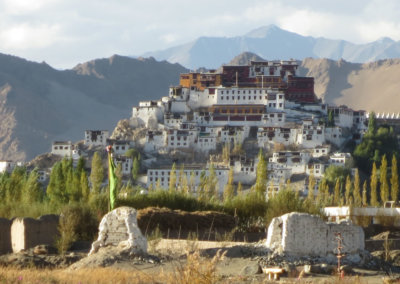 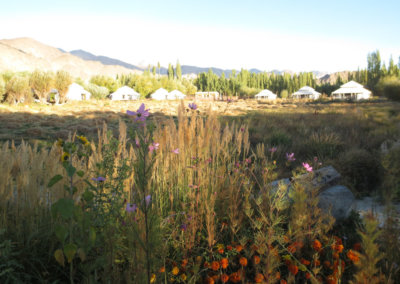 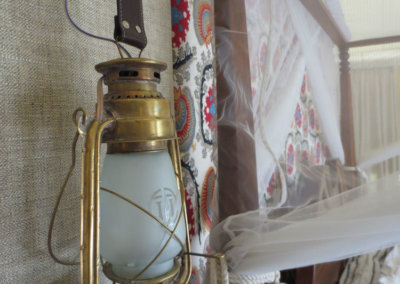 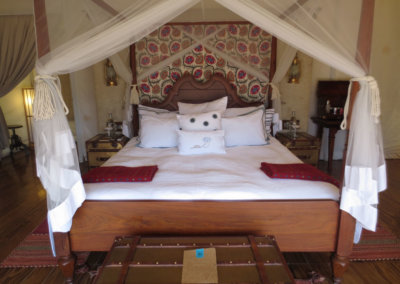 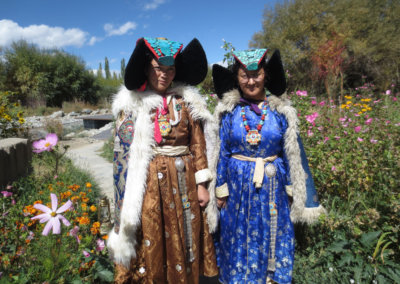 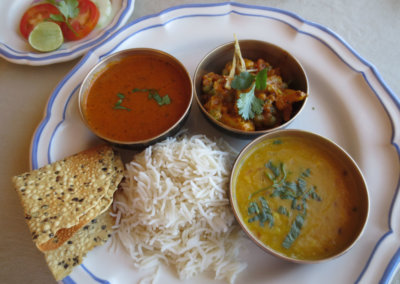 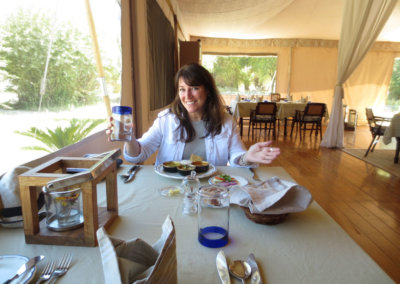 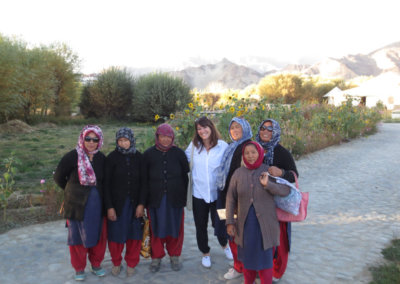 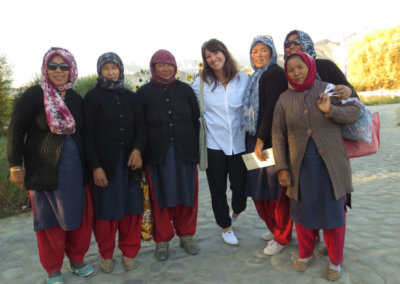 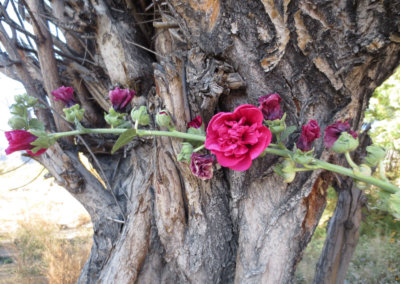 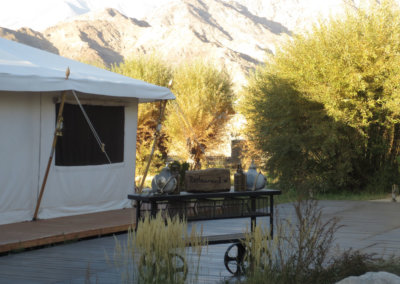 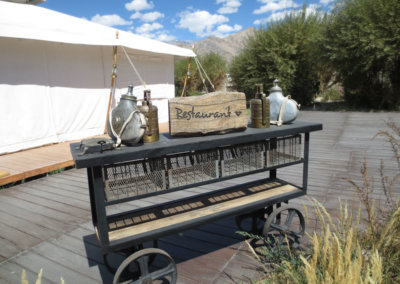 Looking to extend your trip?

For the ultimate trip to relax and recharge, how about combining Bhutan & India on the ultimate spiritual escape! On this customized journey, you’ll join local monks for daily prayers and blessings in Bhutan before hopping across the border to get ahead of the crowds and visit the Taj Mahal at sunrise and find peace in the Himalayan foothills at the world-class wellness retreat, Ananda.

Please get in touch today, to find out more. 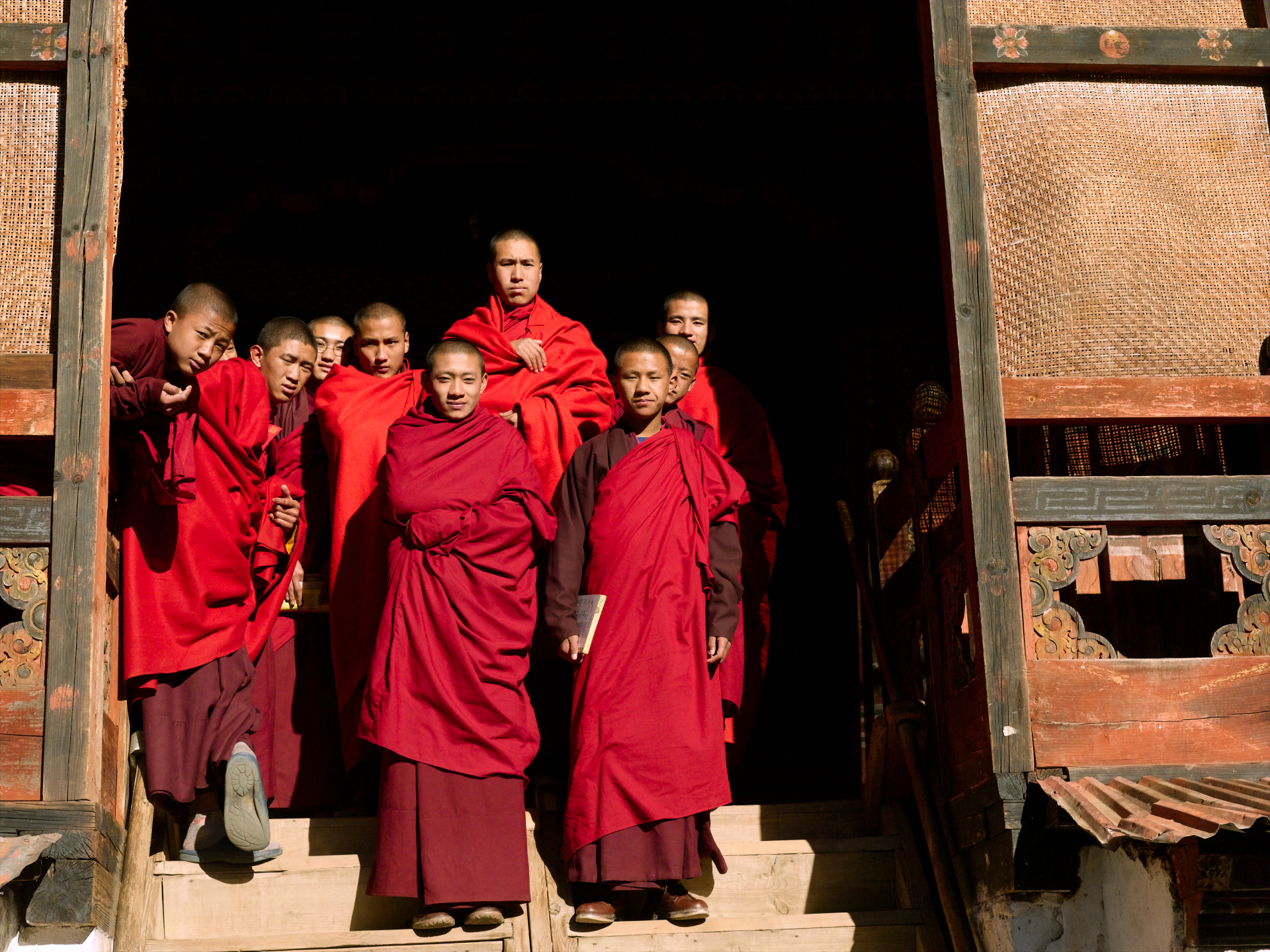 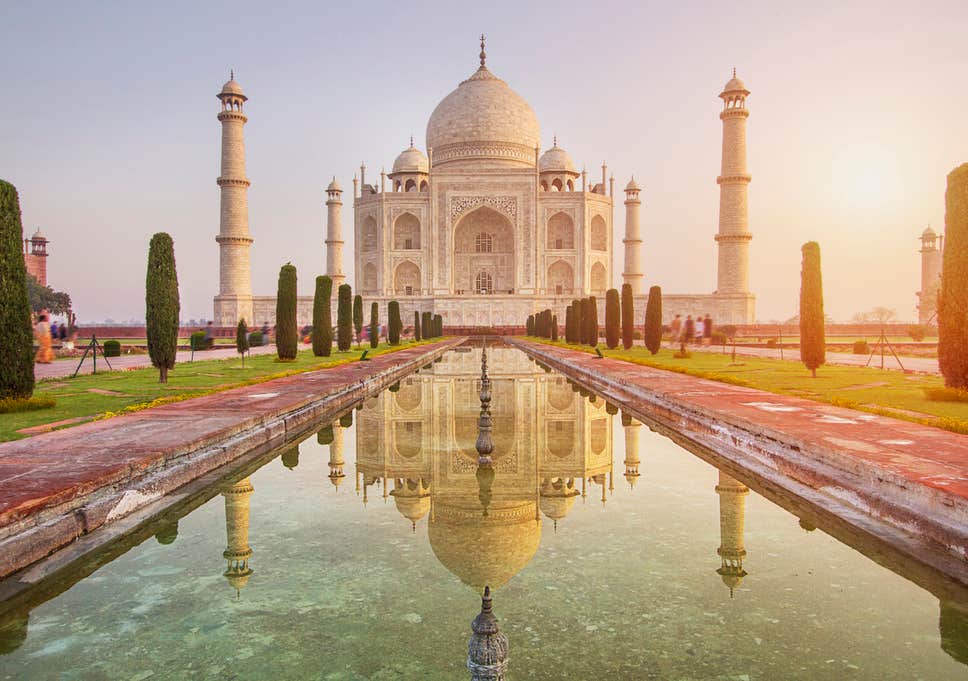