Often referred to as the green heart of Italy, Umbria is known for its fertile landscape, rolling hills and rich history. Italy’s landlocked heart lies dead centre between Florence and Rome – a bucolic blanket of hills, peaks and plains. Populous Perugia is the region’s epicentre, industrious Terni its southern hub. But it’s away from the larger towns that Umbria excels: its terracotta-topped villages line up like a pageant of fortified beauties – ancient, and abundant in churches and castles. Cultural heritage is not Umbria’s only rich vein – the Slow Food movement is strong in this produce-laden province. If it’s not the wild boar and truffles of its woods supplying your plate, it could just as easily be lamb from the mountains, trout from its rivers, or a tipple from its many wineries. Too long has Umbria lived in Tuscany’s shade – the region’s diverse attractions making it as well-rounded as the vowels in its melodious name.

Below are a few of our top experiences that can feature in your bespoke Umbria itinerary.

• Spend time in Norcia, the town of St. Benedict.
• Early morning chants at the cisterine chapel.
• Truffle Cave – Undoubtedly the most well-known and typical activity in Norcia all year around, home of the prestigious black truffle. Together with the quarryman and his dogs, in the Monti Sibillini National Park you will live an authentic experience which will involve all your senses and will end up with a tasty picnic.
• Enjoy a cooking class where you will learn typical Italian recipes and Norcia’s recipes and secrets. The best part – an informal tasting at the end to enjoy the fruits of your labor.
• Discover the origins and secrets of the ancient art of Norcineria on this tour with a local producer.
• Cheese school – Knowing the art of Norcia dairymen will be an experience which will throw you back in time.
• Visit nearby Castelluccio (home of lentils) and see the fields with horses.
• Biking and Trekking – My favourite excursion starts from Castelluccio, 1,500 metres above sea level. The plateau is known for the “blossoming”, an event that attracts visitors from all over the world. The path climbs up to the top, on the crests of the Sibylline mountains, with beautiful views of Norcia, which can be seen in the distance.

Nothing but the best. Below are hotels that can feature in your bespoke Umbria itinerary.

Unique in the world: The Palazzo Seneca tells the story of this region from the 16th century onwards, and the Bianconi family can look back on a glorious, more than 160 year-old tradition of hospitality. Palazzo Seneca was built in the 16th century by the homonymous family from Piedivalle, a town near Preci, whose inhabitants were famous as skilled wood carvers. Palazzo Seneca was the first hotel in Norcia and among the first in Umbria as it opened in the early 1900s. Our friends, Vincenzo and Federico, the Bianconi brothers, will make you feel right at home with their incredible hospitality. Visit the hotel website. 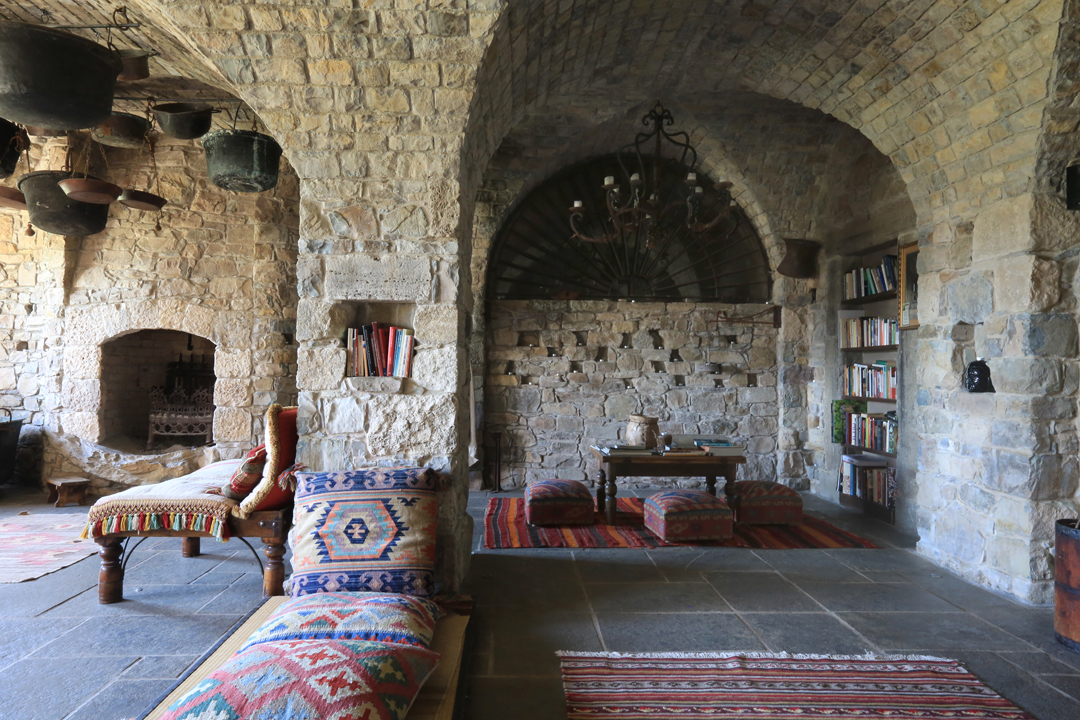 You will be fascinated once you experience a stay in a Eco Luxury Hermitage, with a restoration from the original structure, which dates back to the early 14th century. Recognized as one of the most recognized eco hotels in the world, it is a perfect location for the solo traveler and for all those who wish to detach themselves from the “daily” to rediscover oneself in the Umbrian hills. Visit the hotel website. 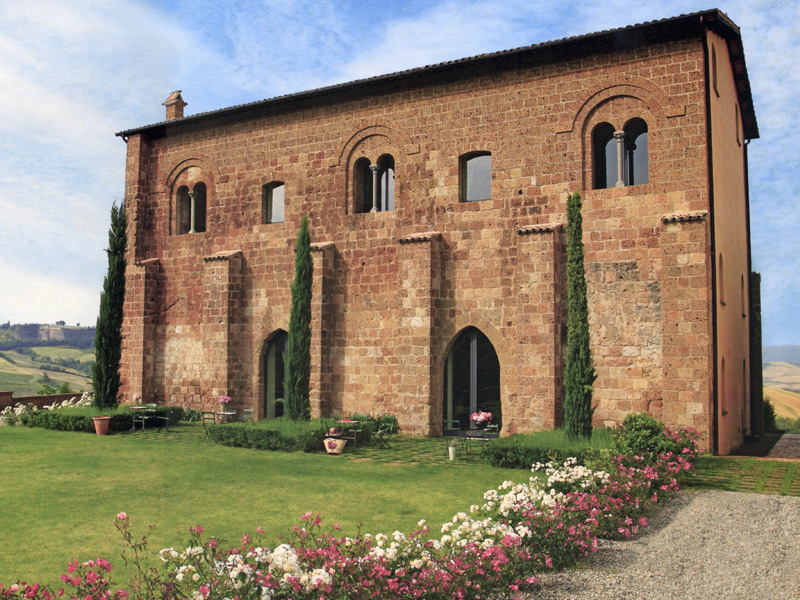 Locanda Palazzone, orginally a 13th century pilgrim’ inn, is considered today be one of the oldest hotels in Italy. The hotel has a Scandinavian-inspired design – where old world heritage meets minimalist design. This medieval “palazzo” is the heart of an exclusive family-run wine estate, which is one Orvieto’s most exclusive wine estates. You will enjoy the gorgeous views, beautiful outdoor pool, amazing wine cellar, and relaxing setting. Visit the hotel website.

Borgo Della Marmotta is a 17th-century heartthrob of a hamlet with spectacular views of the Spoleto valley in Umbria and 12,000 olives trees providing a shady retreat from the surrounding sundrenched countryside. Ravishingly romantic rooms seal the deal with white interiors that highlight the exposed beams and ancient stone walls. Visit the hotel website.